Simultaneous Interpretation: How Does the Brain Tackle such a Demanding Task?

The mental dexterity and concentration required to do simultaneous interpretation can seem overwhelming to those who haven’t tried it before, and rightfully so. 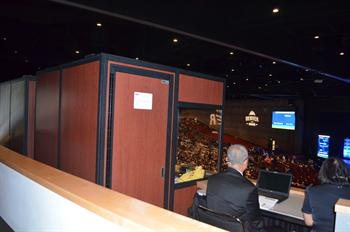 Simultaneous Interpretation: How Does the Brain Tackle such a Demanding Task?

The mental dexterity and concentration required to do simultaneous interpretation can seem overwhelming to those who haven’t tried it before, and rightfully so. The stress levels experienced by simultaneous interpreters during their work have been compared to that of air traffic controllers; which is certainly no small feat either. As similar to translating as it is in theory, interpreting greatly varies from translating in that the pressure is on the timing of the act. The nature of translating is based on the act of writing itself; whereas interpreting is closer to acting on a stage with constant pressure on the timing and clarity of the message. Interpreting is truly a blend of sensory, motor and cognitive skills working in unison and with a shared direction.

During the interpretation process, no single area of the brain is doing all the work. The quickness of the neurological connections is really the most important aspect of the act and keeping calm throughout is a key attribute in a simultaneous interpreter. Although various areas of the brain are used, the striatum (located in the center-right part of the brain) has a conductor-like role in processing and reacting to information. The striatum itself contains the putamen and the caudate nucleus; both of which deal with learning and memory. The caudate nucleus coordinates activity if different brain regions and has a pivotal role in decision-making. The pressure of making the correct word choice in a short amount of time is an essential skill with interpreters so the neurological elasticity and quickness of the caudate nucleus carries a lot of weight. Working in connection with the striatum, the Broca area of the brain helps with language production and working memory, which is distinctly different from short-term memory in that it can manipulate and organize temporary information.

One of the more difficult curve balls that interpreters have to deal with is the use of humor between different languages. Puns, sarcasm and irony are all hang-ups for interpreters because they are frequently untranslatable. Just as certain verb conjugations can exist in one language and not the next, forms of humor can seem just as incomprehensible to someone of a different culture. Sarcasm, for example, has been notorious for being seen as inappropriate in a business setting by Japanese and Arabic cultures. Since the interpreter is obviously not writing the speech or any adding in any attempts to get a laugh, dealing with an unexpected sarcastic comment in the heat of the moment can halt or completely misconstrue the overall message. In the end, interpreters are translating messages and not just individual words. The complexity and novelty of the messages to be interpreted create an ever-changing workload for simultaneous interpreters and this is why their minds must be sharp, calm and flexible at every turn.

What are your thoughts on the complexity of simultaneous interpretation? Leave a comment below if you found this article engaging and want to hear more!